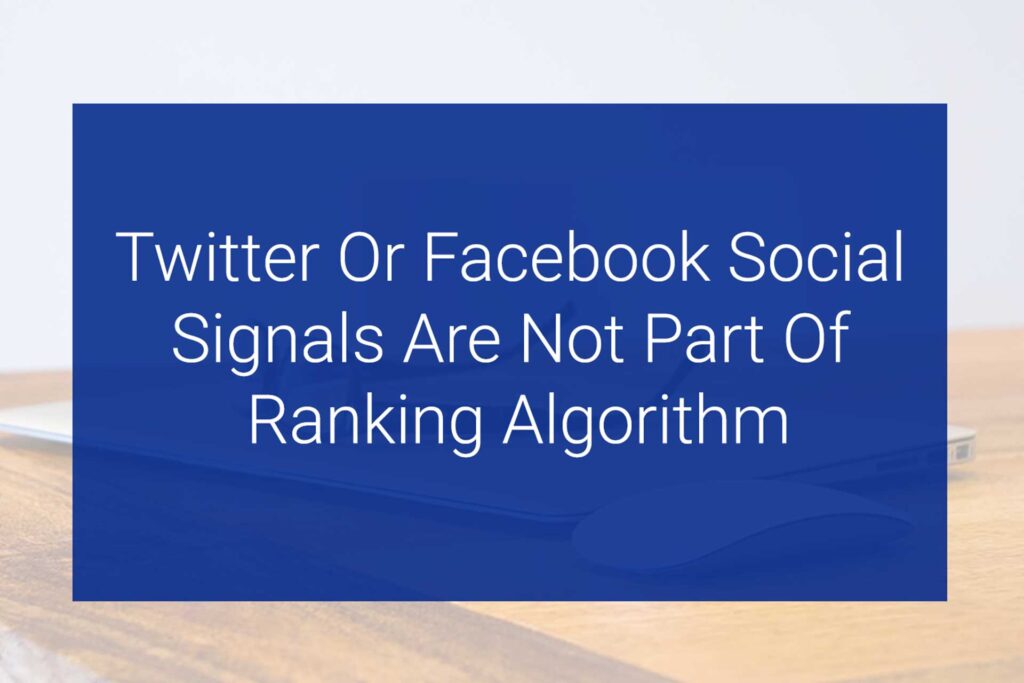 However, Matt has not clearly answered the question and his main answer was focused on followers or likes while the answer was about the entire signal from social media. Does it mean this is being done just to promote Google+, and stop people from Facebook and Twitter, surely that remains a big question always? The other hint which Matt gave about the use of identity & influence of the person posting the content and where he is posting, Matt said this will be defining how contents are trusted in the long run and ranked. So does it mean Google is taking steps towards using Google plus identity as part of the ranking algorithm? We will be discussing all these questions.

Does it count OR not, still doubted but Matt has cleared that Google doesn’t use Twitter or Facebook social signals to rank pages, Matt his own reasons for the same:

Why Some Content with More Social Signals Ranks High

Matt again repeated that great contents rank well because they are useful content for the readers, and as a result, they go viral and get a lot of shares and tweets, etc. These are ranked because of the quality of content and not because of a number of social sharing.

Identity as part of the Ranking Algorithm

Matt also said that maybe in the future he expects Google to identify the person writing the contents, and where he is writing and give importance accordingly based on the influence of that individual. For now, Google will be crawling the web as it is.

Importance of Google+ (To determine source and authority of identity)

As Matt provides more hints about the use and importance of identity over the next years, so we expect Google will be clearly heading towards using Google+ identity as part of the ranking algorithm OR all this is being done just to promote Google+?

Practically, if we study the Google+ Social Network, it takes Google+ circles or followers and shows in search as well which is hard to get by gaming the network like any other social network where people can buy likes or followers, but not in Google+

Another thing to mention is that authorship is getting more and more important because Google+ Authors will be a strong signal when it will be a question of information/contents based on identity.

Well so finally the days of Google Toolbar PageRank are done with.…

As per a recent post on Google Webmaster Blog, Google has updated…