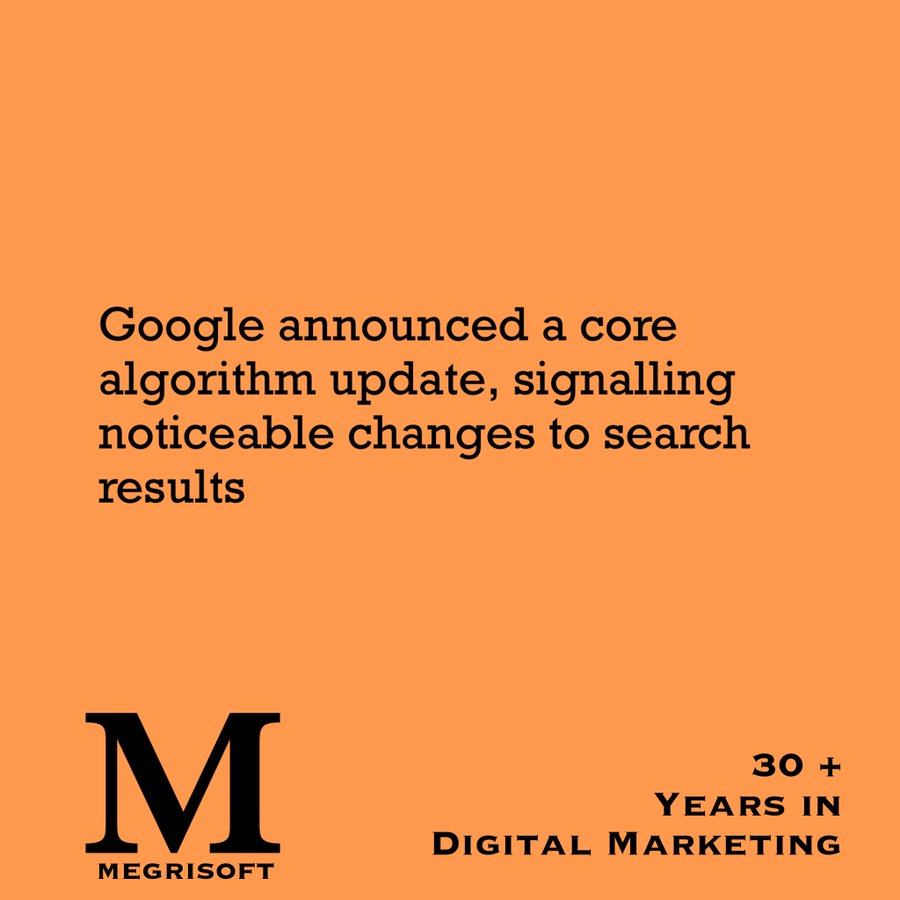 Today Google announced the September 2022 core update on Twitter. Google also confirmed that When the rollout is finished, we’ll update the history of ranking releases on our page. Although there were some visibly quiet areas of the Internet on this update, in some places, the SEO community was most enthusiastic. Some earlier chatter on social media believes that the September core update is quite big.

The September 2022 wide core update, the second board core upgrade of 2022 (the first was the May 2022 broad core update), is now being rolled out by Google. The rollout could take two weeks to complete.

Google made an announcement on its Twitter page and also updated its google search ranking updates page.

“Today we released the September 2022 core update. We’ll update our ranking release history page when the rollout is complete.” Google added, “The rollout could take 2 weeks to complete.”

Before this update, Google completed a helpful content update in early September and also May 2022 core algorithm update, which was important and fast. Google does many algorithm updates during the year.

The launch got underway this morning. Around 11:26 a.m. ET, Google began rolling out this major update. And after this update has finished spreading out, Google will notify us.

When changes in SERP are made that are significant enough to be seen by publishers and search marketers, Google announces a core algorithm update. There is no evidence to support how this affects search engine results pages (SERPs) around the globe and in various languages.

Most of the changes or impacts on the ranking of various sites will be seen next week when the algorithm is updated on all data centers.

Some people have stated that they anticipate the Helpful Content Update (HCU) will return stronger after a core upgrade, as already discussed by Danny Sullivan.

Keep track of the Google search console to observe the impact of the Sept 2022 core update.

At this point, why even notify of updates? It’s been so frequent that we might as well just not publicize the updates. When you squeak by Google’s Helpful Content Update but encounter its Core Update as you leave. Google’s September 2022 core update is already rolling out, and so far, it appears to be a quick, extensive, and significant upgrade. Since the rollout, some are reporting 20–60% traffic decreases.

Since the update was launched today, most SEO community has not yet noticed many changes in SERP and their website ranking.

Updates
Hard to imagine that a September Core Update right on the heels (literally zero business days later) of the Helpful Content Update is a coincidence. These aren’t spontaneous events Google just wakes up Monday morning and decides to kick off. – Dr. Pete Meyers on Twitter

Sometime back in our blog , we reported you that Google Stopped…

Google has removed the + commonly which is commonly used in search…