Matt Cutts : Google +1s and Rankings are Not Related 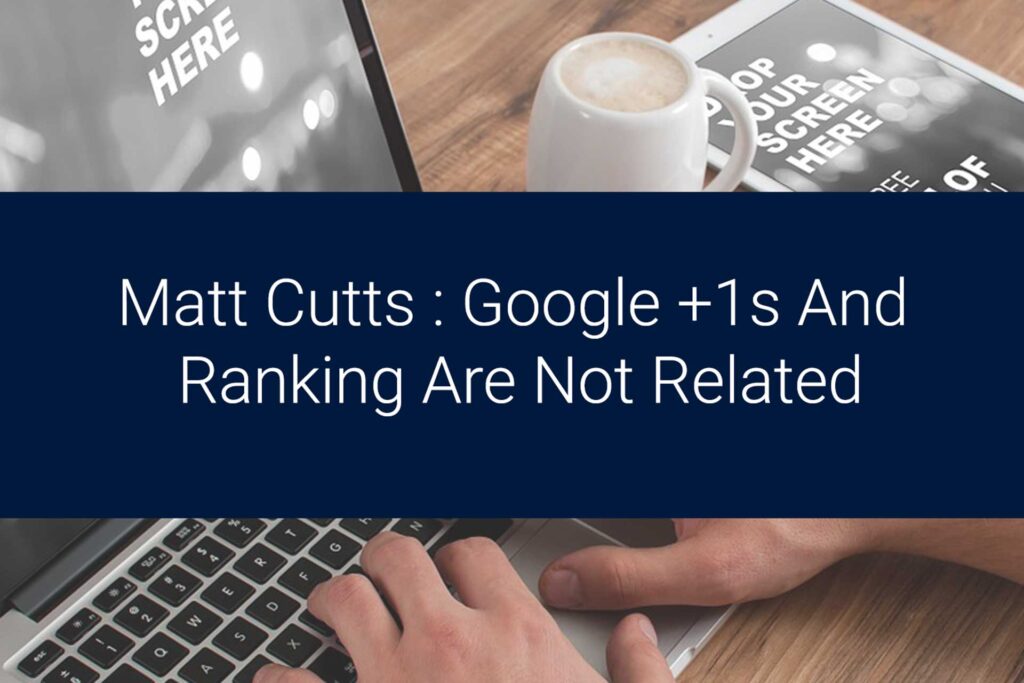 Not only the Moz author, but also it is common thinking among SEO community that search engines use social sharing and counters as one of the important factors in their search engine ranking algorithms. We have seen blogs using social sharing plug-ins, counters or buttons, and even websites too. Moz also with its “scientific correlation study of ranking factors in 2013” which claims direct relation with Google +1s and higher rankings. In fact, Moz’s post declares it as the 2nd most important factor in search engine rankings after the Page Authority. A few things which we will also agree, with are the fact that posts shared on +1 are indexed very fast, it may be due to the author rank or authorship.

However Matt politely wrote that correlation != causation ( is not equal to), he also referenced past claims from SEOmoz related to Facebook shares. Matt clearly stated that

In other words, high-quality content will automatically get higher sharing or likes instead of trying to manipulate search engine results with an increase in social sharing, so next time, spend time building quality content.

Submitshop Announces The Official Launch Of Its Exclusive SEO Blog

0 Comments on "Matt Cutts : Google +1s and Rankings are Not Related"