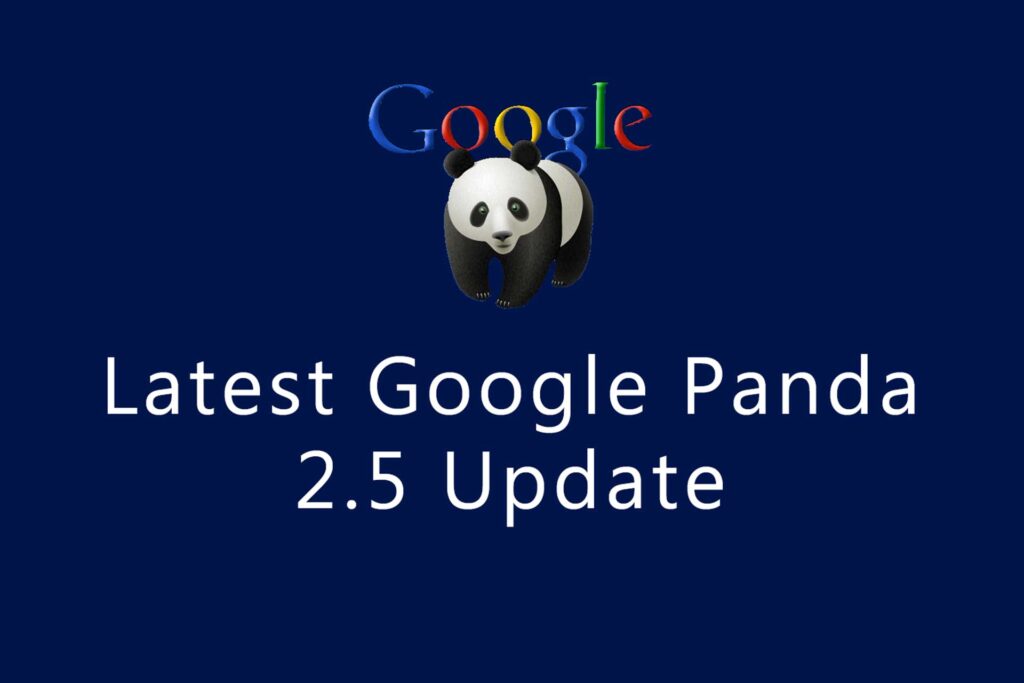 There has been news going around that Google Panda 2.5 update has happened. There have not been any official confirmations by Google itself. In the last few days, a new Google Panda Update dubbed Google Panda 2.5 has been pushed out throughout the web, reranking key websites and modifying search engine ranks of several top websites.

Google’s search algorithm has been modified. Normally, it does not publicize new changes, but to combat the threat of ‘content farms,’ it began pushing out the now-famous or infamous (depending on whether search traffic is lost or boosted) Panda update.

Google has denied sharing anything about what type of site or content was targeted by panda 2.5; however, their statement is as:

“We’re continuing to iterate on our Panda algorithm as part of our commitment to returning high-quality sites to Google users. This most recent update is one of the roughly 500 changes we make to our ranking algorithms each year.”

Discussions on various forums like Webmaster World and Blogs are going on, and there is a mix of losers and winners in this, and Google’s own Android.com is the winner.

Views of other site owners and SEOs are still coming in. Let us see what this update brings.

We noticed that more importance had been given to the world’s top brands and Google’s properties. A site having Video has been preferred.  Do you think it is biased or organic?